I’ve recently been filming two short online courses for Massolit, aimed at school children and learners of all ages. 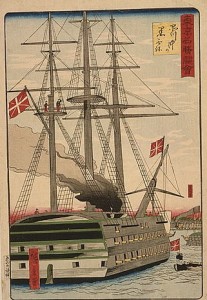 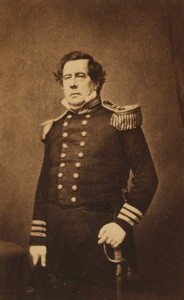 We explore the century-long background to US-Japan relations – going back to Commodore Matthew C. Perry and his ‘black ships’ in the 1850s (left).

This was Japan’s first moment of major modern contact with the West in more than two centuries.

Perry threatened Japan’s leaders with war if they didn’t open up to trade and diplomacy.

Soon after Perry’s visit, there was an enormous influx of western ideas into Japan – the beginning of the ‘modern Japan’ we know today.

The course then fast-forwards to Pearl Harbour, the Pacific War, and the atomic bombings of Hiroshima and Nagasaki… 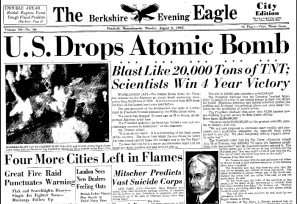 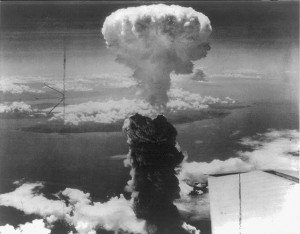 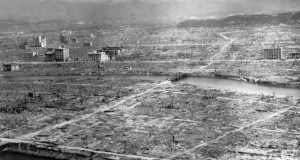 You can watch a trailer for the course here.

The second course is all about British India, 1857 – 1947.The course looks at how England – later Great Britain – came to be involved in India in the first place – how did a commercial company, the Amazon or Google of its day, wind up in control of a continent? 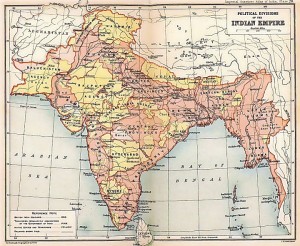 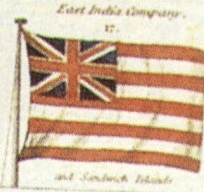 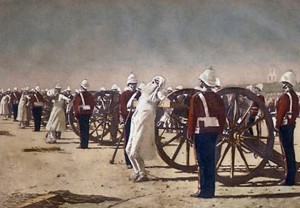 We look at the violence of India’s first revolt against foreign rule in 1857 – including execution by cannon (above) – through to the building of the British Indian state.

Later, we get to Mahatma Gandhi, the nationalist movement, and the tragedy and opportunities of Partition into India and Pakistan in 1947.

Here (right) is Gandhi, together with India’s first Prime Minister Jawaharlal Nehru – part of a political dynasty that still today vies for control of the country’s affairs.

A trailer for this course is here. 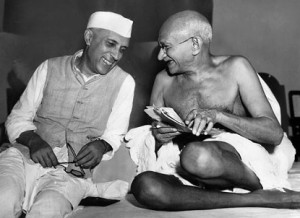 #HCA's own @drchrisharding @_mirandaanders and Dr Talat Ahmed are out about during the #festival edin.ac/2JHRBNl #edfringe #eibf #CODI2019 #RSE pic.twitter.com/dxRLLNf0pg

For any Edinburgh types with an interest in #mentalhealth: this looks great: rcpe.ac.uk/moonstruck

Very much looking forward to reading! A fascinating life. twitter.com/LesleyDowner/s…