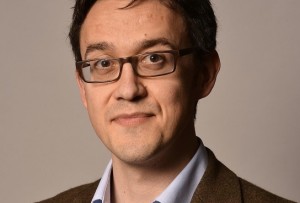 Welcome to my website! I am a cultural historian of modern Japan and India, based at the University of Edinburgh.

Since being named one of BBC Radio 3’s New Generation Thinkers in 2013, my broadcast work has included discussion and festival appearances, essays, a taster film, and extensive documentary work on BBC radio, including a four-part series on culture and mental health called The Borders of Sanity.

I also write for BBC History magazine, History Today, Aeon magazine, the Guardian, the Telegraph, and the New York Times. I offer expert commentary for newspapers, magazines and broadcasters, including BBC News Channel, TIME, Sky and CNN. My consultancy work has included assisting with the BBC and British Museum collaborative project Living With the Gods, presented by former Director of the British Museum Neil MacGregor.

My most recent book is The Japanese: A History in Twenty Lives, published in November 2020. My next is about Westerners’ fascination with Asia, running from the Greeks through adventurers and poets including Marco Polo and Samuel Taylor Coleridge, all the way to the 1960s counter-culture and beyond. The Light of Asia: A History of Western Fascination with the East will be out in January 2024.

To find out more about my writing and radio journalism, please follow the links above. For my research and teaching, please visit my university webpages. Do also feel free to get in touch, via my Contact page.

P.S. If you’re wondering about the main image on my website, these are statues of ‘Jizō’: a Buddhist deity who keeps watch over children and travellers. You can find them all across Japan, merging over time with their surrounds to become features of the natural landscape.